What role can sustainably produced hydrogen play in the energy mix of the future? How can it contribute to climate protection and security of supply in Berlin, Germany and Europe?

At the entrepreneurs’ meeting in cooperation with the Berliner Morgenpost, Dr Jörg Buisset, Managing Director of Sustainable Hydrogen, was a guest – and took an in-depth look at the current status and prospects of a German hydrogen economy.

Hydrogen is a chemical element that has been used for a long time, for example to produce ammonia or to desulphurise crude oil. On an industrial scale, hydrogen is usually produced from natural gas. Dr. Buisset wants to go one step further and use sustainable hydrogen to compensate for fluctuations in the energy supply from renewable energies. There is not always enough wind or strong enough sunshine to cover the energy demand with solar cells, he says. “Hydrogen is ideal as a carrier to store solar or wind energy,” says the doctor of physics. By splitting water into hydrogen and oxygen, the carrier can also be produced sustainably and without emissions. Unlike the electricity grid, hydrogen can also be stored in the gas grid or in salt caverns that exist throughout Europe – and thus becomes a gigantic energy store.

Hydrogen could also make a significant contribution to the heat transition: around 50 per cent of CO2 emissions in Berlin are generated in the building sector – primarily through heating. According to the expert, hydrogen offers the prospect of substituting the fossil fuel natural gas – and thus a quick possibility to rapidly reduce greenhouse gas emissions.

But there is still a lot to be done before this can happen. For so far there is no market for sustainable hydrogen in Germany. So far, the approval procedures are too complex, there are no regulations, framework conditions and legislation. The German government has recognised this and earmarked 7 billion euros in the coalition agreement to build up the hydrogen market. The EU also supports hydrogen projects and pipeline construction. With his company he wants to participate in market development, especially in Berlin. Like an operating company, Sustainable Hydrogen GmbH takes care of the production and distribution of hydrogen, among other things. At the moment, you can only work as an entrepreneur in the hydrogen sector if you are really convinced of the matter and the idea of changing something; simply developing a business model is not enough. But he looks positively into the future: “What we have already achieved in such a short time, that the senate administration is using our concept to become a hydrogen region, makes me happy. We have already made a difference in the city! link

On the initiative of Sustainable Hydrogen, H2Berlin was founded together with the utilities and waste disposal companies and other business houses of the city, with the objective formulated in the statutes to develop hydrogen economy in the capital region and thus enable the energy transition, the reduction of greenhouse gas emissions and the compliance with climate targets in the capital.

For this purpose, H2Berlin identifies in a first step a cross-company and cross-sector use "show case" as a hydrogen lighthouse project and initiates it. In the course of this, H2Berlin drafts a hydrogen roadmap that can be used as a strategic basis for the capital. This roadmap will include further projects that will help scale the hydrogen economy and infrastructure in the metropolitan region.

Hydrogen initiative for reducing the consumption of fossil fuels in the capital city.

In order to meet the climate goals, “green” hydrogen increasingly appears indispensable. According to experts from science and industry, an economically efficient energy transition with adequate supply security will not be possible without the development of a hydrogen infrastructure.
This especially applies to the metropolis Berlin. Brandenburg is making the transition. “After coal comes hydrogen”, announced the Minister President. How should Berlin position itself in the context of the structural change in Brandenburg? What does this mean in the context of the historical importance of Lausitz as the capital’s central energy supplier? How will the BER airport be supplied with synthetic kerosene? How will it be possible to make Berlin’s biggest CO2 emitters, the heating sector, climate-neutral? What does the infrastructure for hydrogen powered public transport look like? What would be the first steps for the development of a hydrogen economy? What would its roadmap look like? What are the most economically effective levers?  What are the quick wins?
The goal of H2Berlin is to bring together the capital’s progressive economic players around a table and discuss what the hydrogen infrastructure of the future would look like and how a hydrogen economy in Berlin could be built.
Kickoff participants have been the leading utility suppliers and disposers Vattenfall, Gasag, Berliner Wasserbetriebe and Berliner Stadtwerke (garbage management BSR and public transportation BVG are expected to join in two weeks). Our partners, the initiative HyCologne from NRW, the NOW GmbH and the DWV supported us to make a success of the first round table on January 28, 2020.
Next steps are a demand and market analysis for business applications of sustainable hydrogen and the identification of first "low hanging fruits".

What is the impact of hydrogen as sustainable energy carrier on Berlin´ s economy and infrastructure?

We organise the work required for this in the form of a expert commission under the umbrella of the German Hydrogen Association with the participation of IDI (Initiative Deutsche Infrastruktur). We are developing a roadmap for investability in infrastructure, facilities and technology that support the ramp-up of a green hydrogen economy. The working group is helping to bring the first dedicated hydrogen financial services products to market in 2021.

With its quarterly series of colloquia, our service unit HERE will provide a forum for the exchange between financial service providers, politicians, and representatives from industry, in order to develop infrastructure solutions for securing the energy transition in Europe. We clarify how, and with what concrete initiatives, the exit from the fossil fuel society can be achieved together with the aid of hydrogen from renewable energies, and how they can be prepared as alternative investments for the financial services industry. With this task force we launch selected initiatives and report on progress and new investment potential.

Discussion on the framework conditions for largescale investment in a hydrogen infrastructure from renewable energy.

Hydrogen Mobility Meetup at The Drivery – The Mobility Innovator’s Market Place on September 28, 2019

Moderation of the panel with managers from young companies from the hydrogen and fuel cell industry. Discussion on a potentially rapid realization of hydrogen mobility.

Be part of our team

We are looking for you.

Are you interested in the build-up of a digital ecosystem management platform as accelarator for the development of a hydrogen economy from renewable energy, than please do not hesitate to contact us.

Where are we in Berlin?

Sustainable hydrogen is considered to be a key element for the energy transition. If Berlin puts its mind to it, the city can take a pioneering role...more

H2Berlin: Study on hydrogen demand in Berlin 2025 is published

The demand for low-emission hydrogen in Berlin in 2025 is 9,000 tonnes

This is the result of our study based on the model of the research center Jülich. The amount is required in the energy system to enable Berlin to achieve its objectives towards climate neutrality in 2050 on the path of energy system transformation at optimized costs.
Lower hydrogen consumption would lead to unnecessary expenditure.
The city now needs to take action.
If the current coverage of launched hydrogen projects is not enlarged, the city will have a hydrogen consumption of 37 tonnes per annum in 2025. The Senate Administration, Berlin Partner, InfraLab Berlin, NOW GmbH, HyCologne and DWV will support to fill this extensive gap.
In the next few months, H2Berlin will develop a show case for the capital city, spanning companies and sectors along the entire value chain, in a dimension that will enable the necessary hydrogen economy to be activated. Further information can be found in the study. 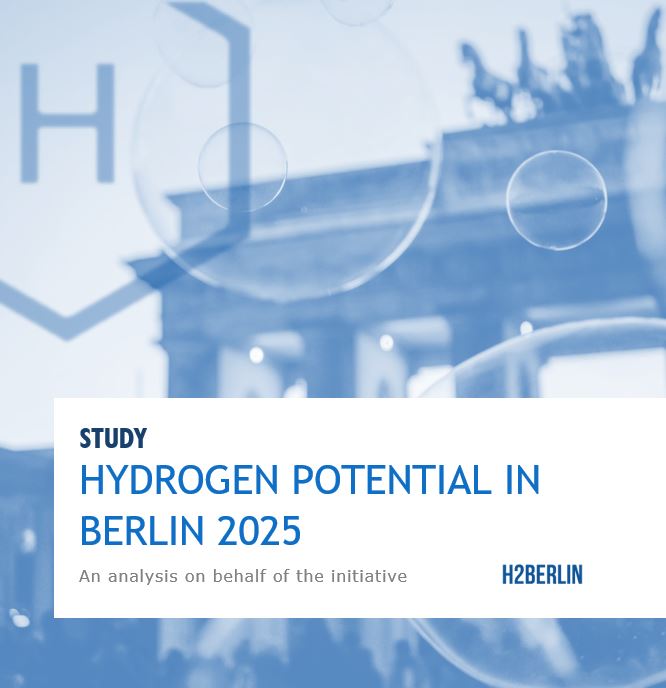 Our impetus is the European ideal. The current highest European aspiration is the Green Deal. We make our contribution.
The model for economic growth on the basis of fossil fuels is obsolete.
The irrevocable burning of natural gas, oil and coal has a finite perspective.
The future belongs to the sustainable resources from environmentally neutral cyclical economic processes.
For the energy supply it is water,
We store the energy from sun and wind in hydrogen.
The water is re-produced after combustion of hydrogen.
No additives, no emissions, just water, air and sun - with an inexhaustible reserve of 6,000 times the current energy requirements of the whole humanity.
> [more...] 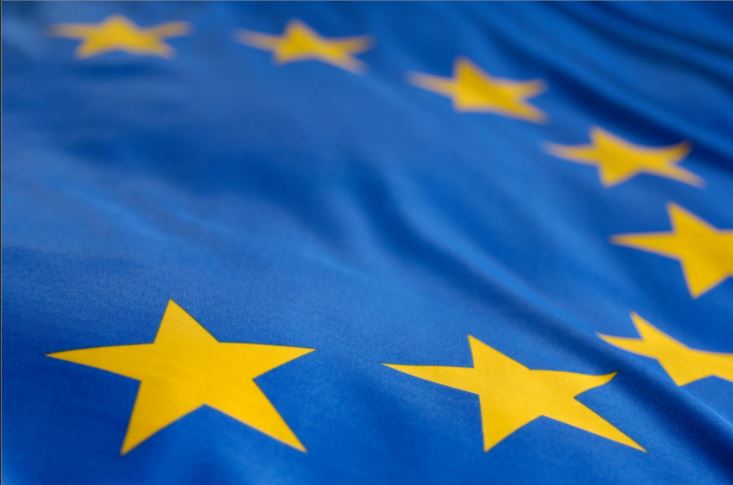 Our operating company, our engineering office and our digital market place pave the way for fossil fuel replacement.
> [more...]